Are Extinction Rebellion planning blockades in my area next month?

I’ve been noticing strange graphics appearing on bridges in my local area. They are either pink or green, and they look like the Extinction Rebellion X-in-a-square-inside-a-circle. I’ve heard that XR are planning protests in April against the fossil-fuel industry, which is an absolutely vital pillar of human civilization in our present stage of development. They plan to blockade UK oil refineries, so we’ve been told; and they expect three and a half per cent of the UK population to actively support their actions. But we haven’t been told much more. And since February, the mainstream media have been strangely silent on the matter.

Terrorists don’t usually give warning of where they are going to attack. But bridges are obvious targets for a terrorist organization that wants to take away people’s mobility. These formerly “fluffy” terrorists seem to think that by blocking access to where people want to go, they will persuade the victims to support their cause! So, maybe, these graphics are “warnings” to us that they plan to block access at these points during the coming weeks.

Here are photos of four bridges in my area which have these signs: 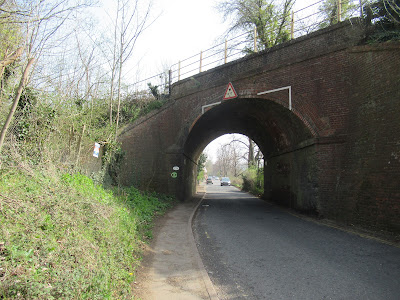 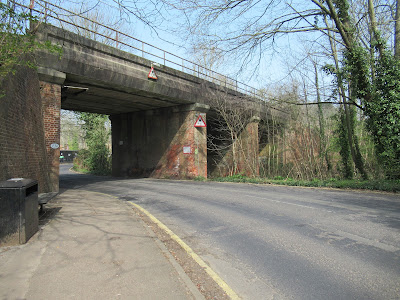 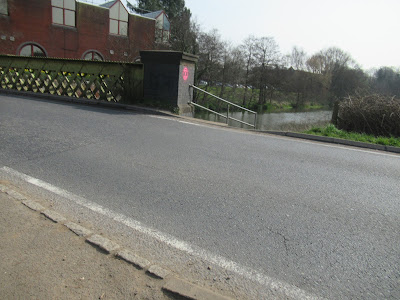 I expect that, if ordinary people’s freedom of movement is blocked by XR protesters in any of these places – or anywhere else in the UK – there will be a huge negative response from the general population. And some of the protesters may find themselves in trouble.

I support the right of everyone to protest against government injustice. For example, I fully supported Piers Corbyn’s protests against over-the-top COVID restrictions. But rightful protest must never be intentionally disruptive to innocent third parties, who want no more than to go about their daily business. XR protests, in contrast to Piers Corbyn’s, seek to cause as much inconvenience as possible to us ordinary people.

So, I do hope that when the XR protests happen, the police will be ready and willing to do what is necessary to restore freedom of movement to ordinary people, by whatever means of transport we wish to use. But will the police do what is right, against their paymasters? For I can’t forget the extraordinary antics of the UK government and parliament in 2019. Then environment minister Michael Gove not only agreed to meet XR, but made concessions to them which went against the interests of the people he was supposed to be serving. Does not that make Gove himself a terrorist supporter? And since then, the government has only increased the pressures on us; foolishly banning exploitation of the UK’s natural gas reserves, and forcing on us pie-in-the-sky plans for an unachievable “green industrial revolution.”

I’ll close with a question for someone at XR. Name one species to whose extinction I have contributed, and say precisely what I did, and roughly when, to contribute to that extinction.