A lady fellow denizen of a forum I inhabit recently published an article entitled “Why All the Depressing Christmas Songs?” I can see her point; there’s a lot of rubbish “music” around with some attempt at a Christmas theme. There are also, however, still some pretty decent Christmas tunes. As a tuba player in a brass band, I usually have a busy December playing this music in various places – from churches to shopping centres to care homes – not to mention standing outside in the cold under a lamp-post! (Fortunately, we don’t do as many of those last as we used to).

We play all the old favourites of course: Hark the Herald, Silent Night, O Come all ye Faithful, and others that people can sing along to. We often finish with Jingle Bells, starting quite slowly but getting faster and faster and faster! We also do some of the less well known, and often more complex, tunes from the carol books, as well as arrangements of some more modern Christmas “classics.”

But because I’m an arranger and composer as well as a player, I have another string to my bow at Christmas. Since 2014, BBC Radio 3 has held a carol composers’ contest. The idea is that they publish a poem, and people send in their settings of those words for SATB (soprano, alto, tenor, bass) choir, with or without piano accompaniment. Out of usually several hundred entries, the BBC then shortlist the six they consider best, their singers record them, and the recordings are published on the BBC website. People can then vote for the one they think is the best of all. All six get played in the week or so leading up to Christmas, and the winner will be sung live on air a few days before Christmas, then the recording played many times on Christmas Day.

I heard that I was not far off the short list in 2016, and this year I had even higher hopes, as I had a late draft of my carol run through a local church choir, and the message I got back from their musical director was “Potential winner.” Sadly, it still didn’t make the short list, but that’s the BBC for you. Nevertheless, I thought it might be worth publishing the score here, so those of you who are choral singers can try it. It’s only five pages long.

The words, I admit, are a bit naff – that was another of the comments I got from the choir. But the blame for that lies, not with me, but with Carol Ann Duffy, the UK’s current Poet Laureate, who wrote these words in 2011. (See https://wordverseuniverse.wordpress.com/2014/12/25/the-bee-carol-duffy/ for the original words). But I hope that people will find my music to those words, albeit a slow melody and written in the minor key, to be fun to sing, and in no way depressing!

So, here’s the music: 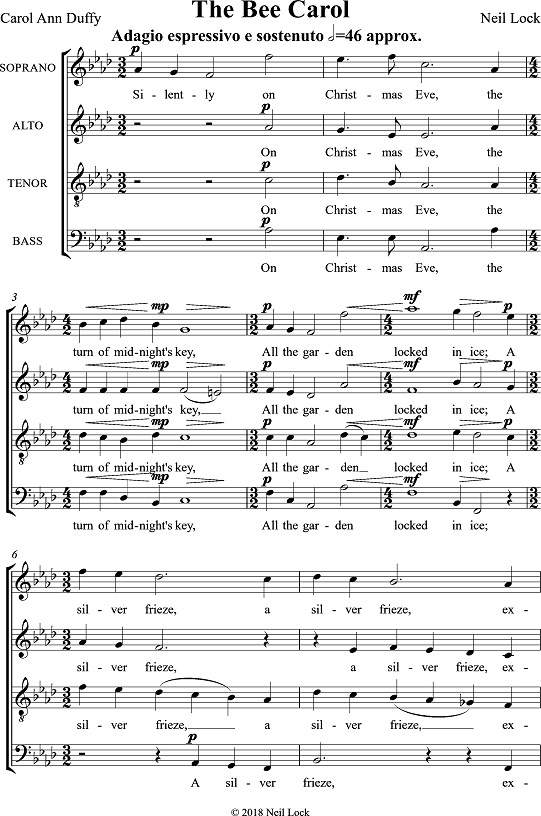 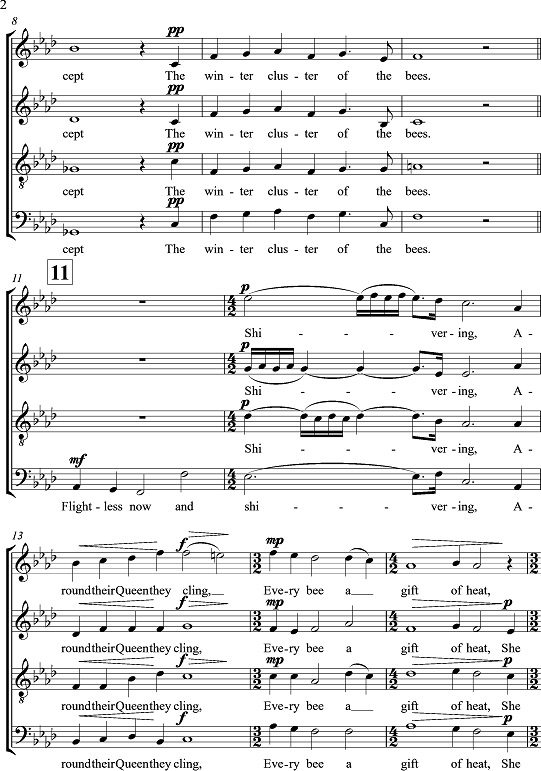 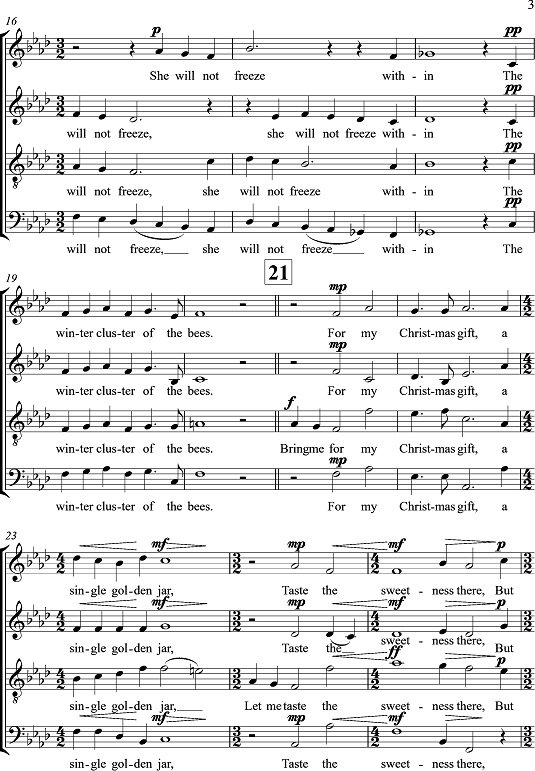 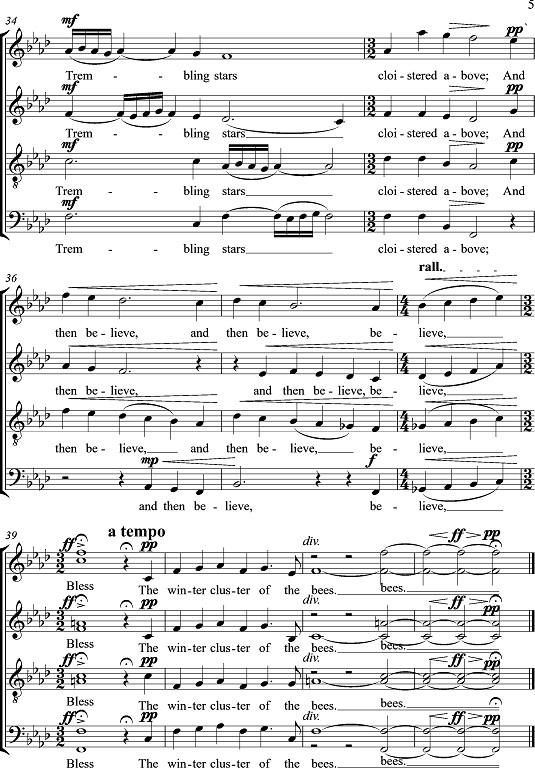